Tenpin Bowling Australia has announced the appointment of Rohan O’Neill to the position of Chief Executive and Damien Smith to the newly created role of Chief Operating Officer with both roles commencing 10th May, 2021.

O’Neill joined Tenpin Bowling Australia (TBA) in October 2020 as General Manager Activity. Prior to TBA, O’Neill had a 14-year career with Cricket Victoria. His roles have included GM Game and Market Development and GM Community Cricket. O’Neill has an overwhelming understanding of sports in Australia and has strong relationships within other sports and sports leaders.

TBA Chairman Jerome Joseph notes “he has displayed a high level of business acumen, sports administration process and has spent a considerable amount of time understanding the sport of Tenpin Bowling.

“O’Neill has been acting in the role since the latter part of 2020 and has inspired confidence in the board through both his leadership capability and ability to engage the community of members. He was the obvious standout from all the candidates reviewed through the process. 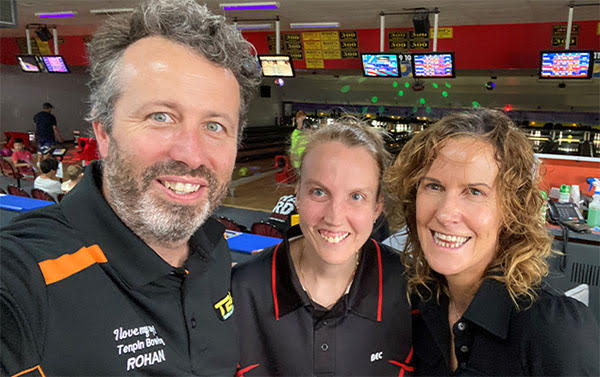 “Rohan’s ability to take stakeholders on a journey to deliver outcomes has been one of his many achievements to date. He has a strong level of patience and is calm and process driven that has added great value to the Activity function. He understands measurement and accountability with staff under his leadership and does this with respect and dignity.

“I have had the opportunity to work closely with Rohan and can guarantee that he has a passion for the sport of bowling and a strong desire to make a difference to the organisation and the sport. I look forward to being a part of Rohan’s leadership evolution in a NSO.”

To support the organisational structure and provide great support to O’Neill as he embarks on his sports senior leadership journey of an NSO, the board announced that Damien Smith will take on the newly created role of Chief Operating Officer (COO).

Smith joined TBA after having a 29-year career, providing strong retail operational leadership in organisations such as The Reject Shop, Target and Woolworths Group. He understands multi-site Management. He has strong corporate relationships and will provide overall operational support and expertise in his new role.

Joseph added “Damien in his current GM Industry role has achieved great results in a very short period. Thanks to Damien, TBA are now successful on a support and engagement level with strong corporate backing delivering savings to our centre operators. Further to this, the creation of the ‘Industry Mail’ offering was another initiative created by Damien.

“Damien has a leadership style that is disciplined and accountable, and from an operational perspective, these skills will be a great support to Rohan and the Board in delivering the TBA strategy. Damien will continue to have responsibility and leadership of the Industry portfolio in the Chief Operating Officer function.”

This is a media release from Tenpin Bowling Australia.