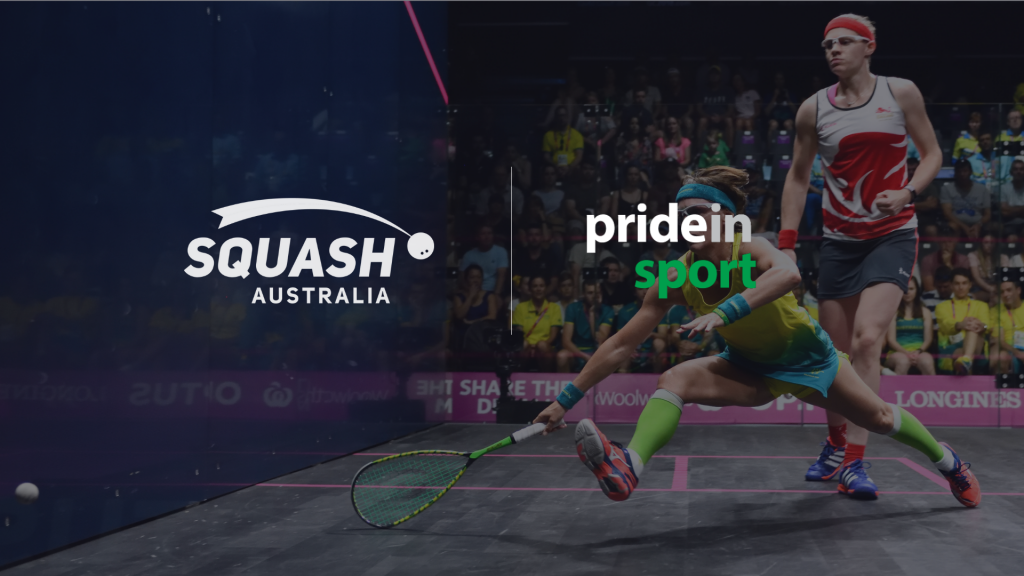 This media release is courtesy of Squash Australia.

Squash Australia has become the newest member of the Australian Pride in Sport program, committing to further develop and enhance the inclusion of LGBTQ people.

ACON Health’s Pride in Sport program is the only sporting inclusion program specifically designed to assist sporting organisations with the inclusion of employees, athletes, coaches, volunteers, officials and spectators with diverse genders and sexualities.

By joining the Pride in Sport program, Squash Australia takes another step towards further extending its inclusive sporting culture, one that fosters positive connections between individuals and ensures that everybody who wants to participate in the sport can do so in a safe and respectful environment.

Squash Australia CEO Rob Donaghue is excited about the opportunities that Pride in Sport will create by helping promote positive messages and examples around LGBTQ inclusion for sport and recreation programs at Squash Australia.

“Squash Australia is pleased to have partnered with Pride in Sport. We are committed to creating a healthy sporting environment and a supportive community for LGBTIQ+ athletes, coaches, volunteers, staff and supporters.

“Being a Pride in Sport member means we are supported in ensuring squash is a game for all, where everybody feels welcome and respected, both on and off the court,” he said.

Beau Newell, National Program Manager of Pride in Sport Australia, said actual and perceived social exclusion is a leading cause of preventable death in Australia, and creating a much healthier and safer sporting culture for LGBTQ people has never been more important.

“By joining Pride in Sport and working with ACON, Squash Australia is showing the community that they care about the health and wellbeing of their athletes, and members across Australia,” Newell said.

“Congratulations to Squash Australia for leading the way in changing Australia’s sporting culture, to be more inclusive.”

Data from the 2020 PSI National Survey showed that just 44% of LGBTQ people felt mentally well within their sport, with 44% of people who are not an active LGBTQ Ally saying they were too busy to be engaged in individual activities.

Data from the Out on the Fields study showed that 80% of people have either witnessed or experienced homophobia in sport, with 75% believing that an openly gay person would not be safe as a spectator at a sporting event.

Pride in Sport is Australia’s first and only sexuality and gender diverse sporting inclusion program for the Australian sporting sector.