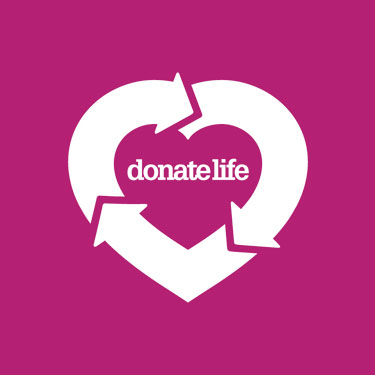 This is a media release from Donate Life.

On Thursday July 8 2021 the Federal Coalition Government is announcing more than $3 million in DonateLife Partnerships and community grants to help urge more Australians to sign on as organ and tissue donors and kick-off The Great Registration Race for DonateLife Week.

The Western Bulldogs, Melbourne Storm, including Sunshine Coast Lightning, and Australian Professional Leagues are among seven successful organisations to receive DonateLife Partnerships as part of a four-year $4 million package to boost organ and tissue donation throughout Australia. A further 14 community grants have been awarded to community, grassroots, and Indigenous engagement organisations.

The Minister responsible for the Organ and Tissue Authority Dr David Gillespie said there are around 13 million Australians aged 16+ who are eligible to register as organ and tissue donors – but haven’t.

That’s despite the fact a recent poll of 60,000 Australians showed four out of five said they’d donate their organs when they die.

“Sport can no doubt play an important role in reaching these Australians who may otherwise not know that they can sign up as organ and tissue donors,” Minister Gillespie said.

“That’s why we’re pleased to welcome the Western Bulldogs, Melbourne Storm, Sunshine Coast Lightning and the Australian Professional Leagues’ men’s and women’s soccer leagues on as some of our official DonateLife partners, alongside other healthcare and media partners.

“Engaging with a broad suite of national partners and community groups across the country helps drive the importance of organ donation into more Australian homes, leading to greater registration and increased donation.”

With around 1,800 Australians on the organ transplant waiting list and a further 12,000 people on dialysis who may benefit from a kidney transplant, the demand for donors has never been greater.

“The Great Registration Race for DonateLife Week is about turning this around and encouraging more Australians to register as organ and tissue donors,” Minister Gillespie said.

“Increasing awareness about organ and tissue donation and encouraging families to talk about donation and registration, is vital to getting more people to say “yes” to donation. “For some of the 1,800 Australians currently on the organ transplant waitlist, it’s a matter of life and death.”

“The Great Registration Race for DonateLife Week” aims to encourage up to 100,000 more Australians to join the Australian Organ Donor Register, asking Australians to get their phone and Medicare card out to register and get involved.

Registering is easy and only takes one minute at donatelife.gov.au/register