Why investing in community sport is essential? 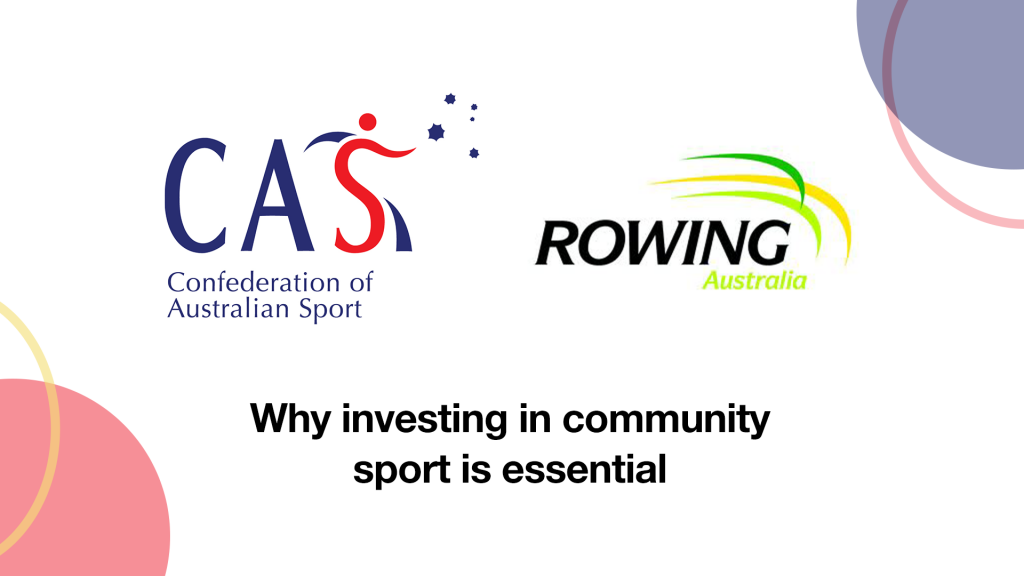 This case study with Rowing Australia forms part of a series highlighting why grassroots sports funding is essential to build and develop communities that encourage participants to increase their physical activity levels.

In 2018 the Federal Government committed over $150 million to drive national sports participation and physical activity initiatives to get Australians moving.

Rowing Australia was among the recipients of Sport Australia’s ‘Move It AUS’ grant, which encouraged Australians to find 30 minutes a day to be physically active.

Their GRow Program makes use of indoor rowing machines across Australia in a wide variety of locations and targets four main groups; new mothers, youths in secondary schools, youths in Youth Correctional Centres as well as the general inactive adults in the community by getting them involved in the increasingly popular activity of indoor rowing.

Indoor rowing is a non-weight-bearing activity and with workouts taking as little as 20 minutes, ranging from resistance to speed and fitness challenges, it allows for people of all ages and abilities to participate.

“The health impacts and the mental health impacts have been a very positive story to tell and it’s a message that needs to be spread wide and far just the positive benefit of physically moving,” he added.

One story comes from a 36-year-old mother in Queensland, who found the benefits of an activity that she can do in her own time and even at home.

Rowing Australia, understanding the barriers new mothers face to get out and enjoy physical activity after their bundle of joy arrives, got the rowing clubs to run a session for new mums where they could bring their little ones along.

There have also been participants in their 70s involved in the program. While the cohorts have been smaller, they’ve been able to socialise outside their home and in the local community while benefiting from being active.

The funding has contributed to rolling out the program across Australia from buying and delivering machines – that weighs about 30kg – to having coaches deliver the program. But most importantly through their online education system, they were able to upskill people to deliver the program.

“We couldn’t have done it without. It was massive,” Batt said of the funding.

“One of the legacies of the program is to have machines out in the community that people can use because people have been trained to deliver the programs,” he concluded.

However, the program also highlighted the wider issue Australia is currently facing which is inactivity. Batt speaks of the need for the sector to work together to bring a more united approach to tackling the topic.

“As a country, we need to look at the benefits of sports, far beyond whether you’re going to the Olympics or not but looking at it from a mental health and physical health point of view,” Batt said.

“It is in all our benefit and interest as a country to have a much healthier population. Physical activity is good for your mental and physical health, we should get more Australians active by helping sports get more programs.”

The funding Rowing Australia received was critical for the organisation to help get more Australians active across the country. Participants have seen great benefits from being involved in the GRow program whether at a social, physical or mental health level. This case study again demonstrates the need to continue investing in community sports.