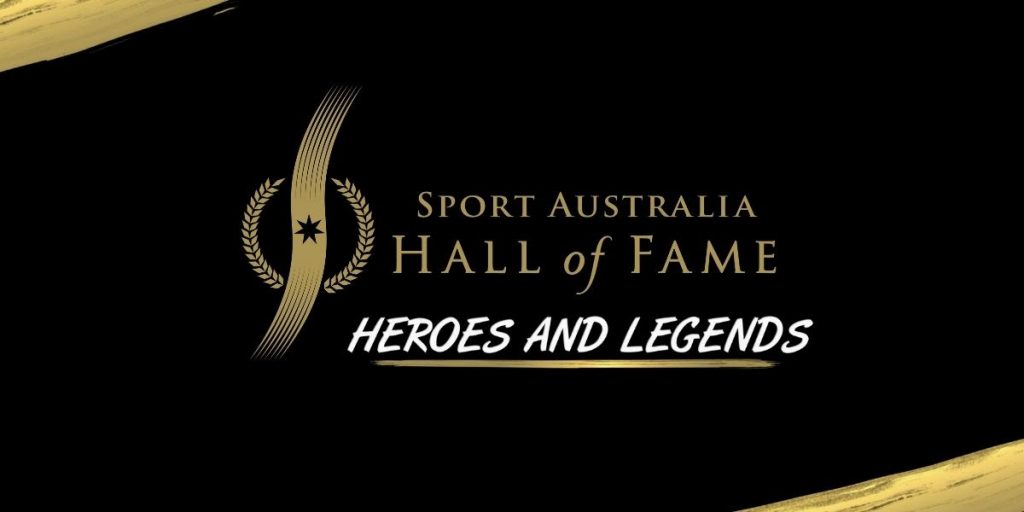 The Don Award is considered the highest honour in Australian sport, awarded to an athlete or a team who has most inspired the nation through performance and example over the past year.

“I never set out to win awards like this,” a humble Mills said from the US base where he is playing for the Brooklyn Nets in the NBA.

“I go about my craft as a professional and learn ways to get better, trying to carry myself in a way that I think can inspire others. Being recognised in this way to me isn’t about who I sit alongside, it’s about how I can inspire others with my journey.”

Mills and Goolagong-Cawley were honoured in the television special, Australia’s Sporting Heroes and Legends – A Celebration of the 2021 Sport Australia Hall of Fame, on the Seven Network earlier tonight.

The Sport Australia Hall of Fame selection committee were spoilt for choice with the nominations this year but felt that Mills’ determination, skill and inspirational leadership to guide the Australian men’s basketball team to an historic bronze medal at the Tokyo Olympics most inspired the nation.

Mills, the flagbearer for the Australian team in Tokyo and Boomers captain, was the standout performer in the bronze medal match. He scored 42 points and provided nine assists as the Boomers charged to a 107-93 defeat of Slovenia.

Mills finished the Olympic basketball competition second on total points with 140 from six games, averaging 23.3 points per game, and was third with assists. He was named as a guard in the FIBA All-Star Five representing the five best players at the Olympics and has carried that form into the new NBA season for the star-studded Brooklyn Nets, scoring 21 points in their first match.

In announcing Mills’ award, John Bradman, son of Sir Donald, said his father was a greater believer in the idea that one of sport’s finest qualities was its power to inspire and Mills embodies that.

“He’s not just a champion player, he’s a champion person, a leader, a star on and off the court, and most of all an inspiration to all of us,” John said.

Tennis great and Sport Australia Hall of Fame Legend Evonne Goolagong-Cawley was named the inaugural winner of The Dawn Award. Like Dawn Fraser herself, this honour recognises a courageous ground-breaker who has demonstrated achievement against the odds and challenged the status quo. The selection committee were unanimous that the winner of seven Grand Slam singles titles – the Australian Open four times, two Wimbledons and a French Open – was the worthy first recipient of this prestigious award.

“To win The Dawn Award is an incredible honour,” Evonne said. “I have been unwell and this has been the ultimate cheer-up for me. To be the first recipient makes it even more special. “Dawn is one of Australia’s greatest athletes and has been a source of inspiration throughout my life. She is also a good friend, and I am so pleased the Sport Australia Hall of Fame has chosen her to have such a prestigious award in her name alongside Sir Don Bradman.”

The other big award winner on the night was triumphant Melbourne Cup jockey Michelle Payne OAM. Her ride to win the 2015 Cup on Prince of Penzance was voted by the public as the most significant Sport Australia Hall of Fame moment. It followed a nationwide public vote for the News Corp Magic Moment selected from a shortlist of 20 outstanding Australian sporting moments over the past 60 years.

“To win the 2021 Sport Australia Hall of Fame Moment was a huge surprise,” Michelle said. “I was in shock when I was informed, as the moments were all so significant in Australia’s sporting history.

“I was so happy to make it into the Top 10, and then to receive the public vote was just absolutely amazing.

“Apart from achieving a life-long dream, the most special moment was sharing this with my brother Stevie. I was thrilled that the moment highlighted his celebrations – he was so excited. We have a unique bond, maybe that is why we won.”

In addition, special interviews with the two newly elevated Legends of Australian Sport, Dennis Lillee AM MBE and Ian Thorpe AM, were broadcast in the television special produced by JAMTV Australia.