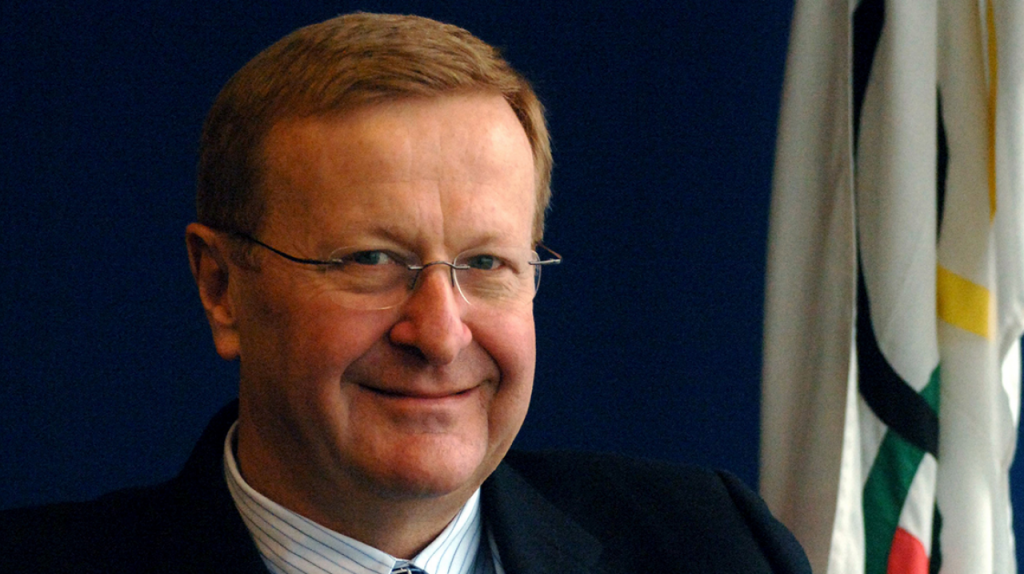 On Saturday, at the Australian Olympic Committee Annual General Meeting, John Coates stepped down from his role as President of the AOC after 32 years in office.

Coates has been a member of the Australian Olympic Committee since 1981, before he was elected as Vice-President in 1985 and appointed as President in 1990.

The beginning of his tenure as AOC President was marked by prestigious achievements, none greater than the Sydney 2000 Olympic Games, where he played a crucial role in engineering and promoting the Australian bid and in delivering the Games as Senior Vice-President of the Organising Committee.

Over the years Coates has been a catalyst of Australian sport, also serving as Chef de Mission at six Summer Games between 1988 and 2008, as Deputy Chair of the Australian Institute of Sport (1987-1989) and of the Australian Sports Commission (1989-1998).

Coates is also highly regarded internationally and especially within the IOC, where he served as Vice-President twice from 2013 to 2017 and again since 2020. He is also the President of the Court of Arbitration for Sport, as well as chair of the IOC’s Legal Affairs Commission.

Over the last ten years he has held important roles as member of the London 2012, Rio 2016 and Tokyo 2020 Coordination Committees, shepherding the Japanese Games through the COVID-19 pandemic and the one-year postponement as Chair of the Committee.

As a valued advisor to IOC President Thomas Bach, Coates was also instrumental in redefining the bidding process for aspiring Olympic host cities, streamlining the procedure and reducing costs for potential hosts, and in coordinating many of the reforms recently adopted by the IOC.

The end of his presidency also marks a significant turning point for the Olympic movement in Australia. Coates, who will be succeeded by Ian Chesterman as the seventh President in the AOC history, leaves the AOC in a strong position, ready to lead on a 10-year runway towards Brisbane 2032 which is full of potential for both the Australian Olympic movement and the community at large.

Coates will continue his role as International Olympic Committee (IOC) Vice-President until 2024 and will also remain on the Board of the Brisbane 2032 Organising Committee, to see through Australia’s third Olympic Summer Games that he again helped bring back to Australia.

“I’m very, very pleased with the state of the AOC as I leave it, so all my emotions are good, I think. It’s an appropriate time for me to leave,” he said.

During the AGM, IOC President Bach presented John Coates with the IOC President’s Trophy, a prestigious IOC award for international contributors to the Olympic Movement representing growth, achievement and victory.

“John, you can take great pride in the fact that you are handing over an AOC that is leading by example in so many ways,” Bach said in his official speech.”

“From the success of the Australian athletes, to organising Olympic Games Brisbane 2032, to the unwavering commitment of the Australian Olympic community, to our mission to make the world a better place through sport: you set the course for a bright future for Australian sport.”