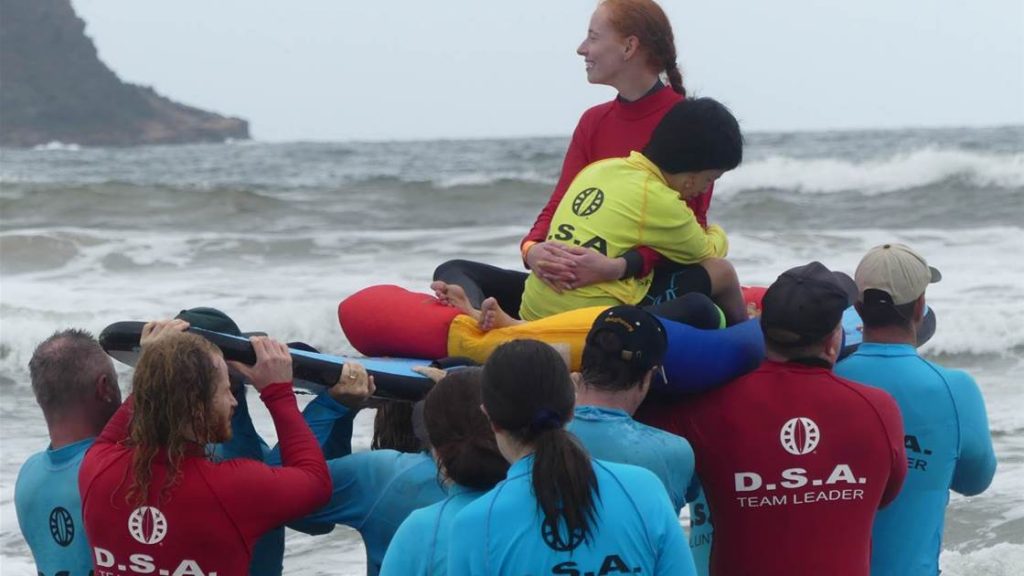 Disabled Surfers Association (DSA) is brimming with life-changing stories and the Central Coast branch has a bounty to share.

From people with mild autism to those with fully ventilated quadriplegia, DSA Central Coast enables people of all abilities to take part in the quintessential Australian past-time of surfing.

The feel-good comes in waves for the volunteer-led organisation which took out the Best Association award in Clubbies2020. President Rae Fiechter shared the story of Kirsty, a bi-lateral amputee in her late 20s.

Rae told us: “I first met Kirsty at a stall ran at Umina markets. She told me she would love to try surfing but was too embarrassed to take off her prosthetic legs and drag herself to the water’s edge. I assured her that I could arrange for some guys to put her on the board and carry her into the water like Cleopatra.

“Kirsty was so taken with surfing she applied to the NDIS for aquatic legs so she could walk into the water herself. After a few prototypes, she found the right type and managed to stand up on the board by the end of the season. Her granddad gave her his car which she had modified and she now drives herself to events from Blacktown.”

There are countless inspiring stories from the waters of Umina Beach and Toowoon Bay. 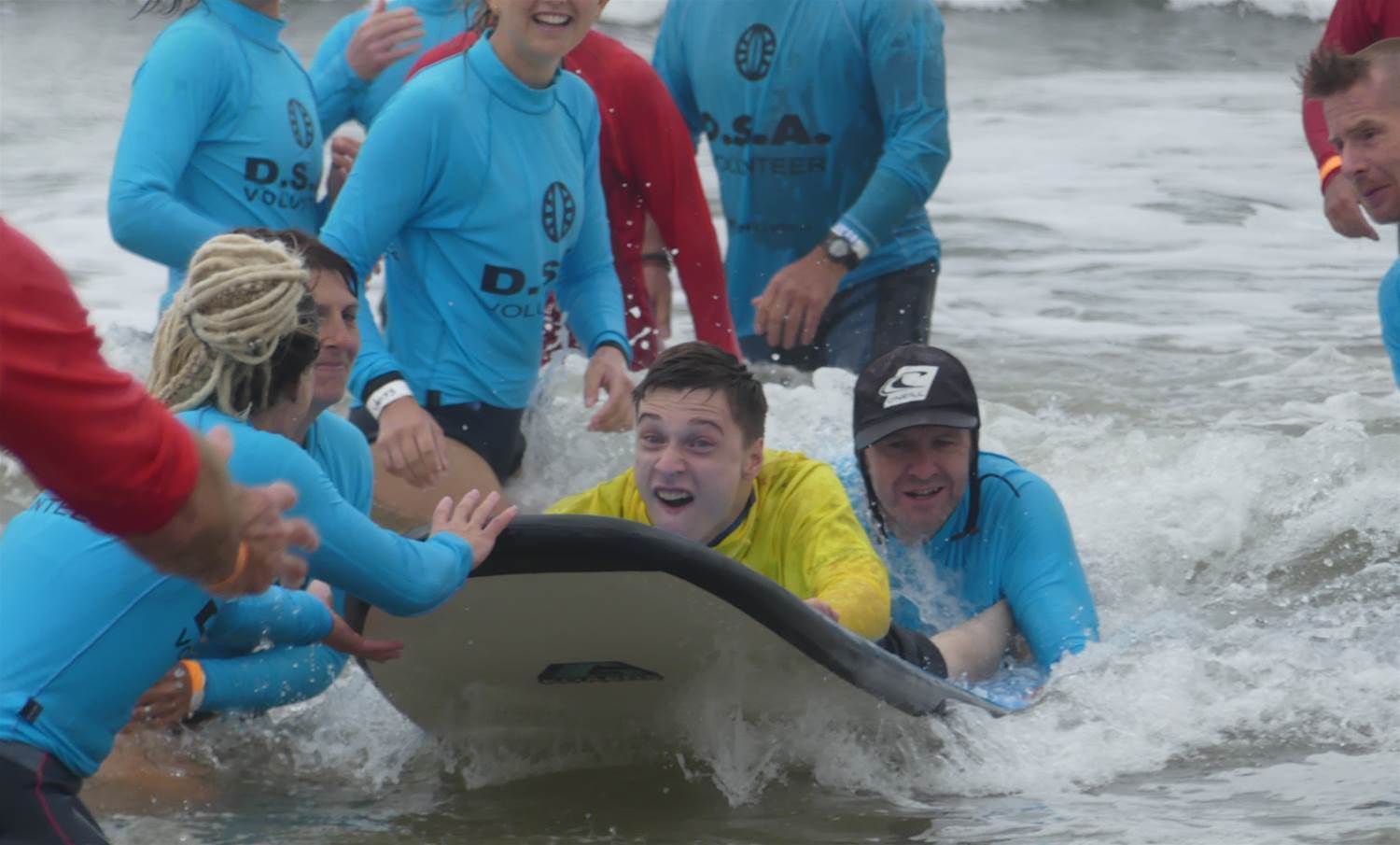 Using a 10ft soft-top board with customised handles, participants are taken into the surf with a tandem rider before catching a broken wave to the shore through a channel of cheering supporters. Volunteers include those from the disability sector who know nothing about surfing, to lifelong surfers who know nothing about disabilities. Somehow it all works thanks to an experienced unit of team leaders and beach marshalls.

Once introduced to the sport, participants can enjoy surfing nationwide through the DSA network.

Rae added: “We had one young lad from the south coast; he and his dad went on a bit of a road trip. They went to the Mornington Peninsula, then to South Australia and over to Western Australia. It’s like a boy’s own adventure.”

Find out more about our Clubbies 2020 Best Association winner 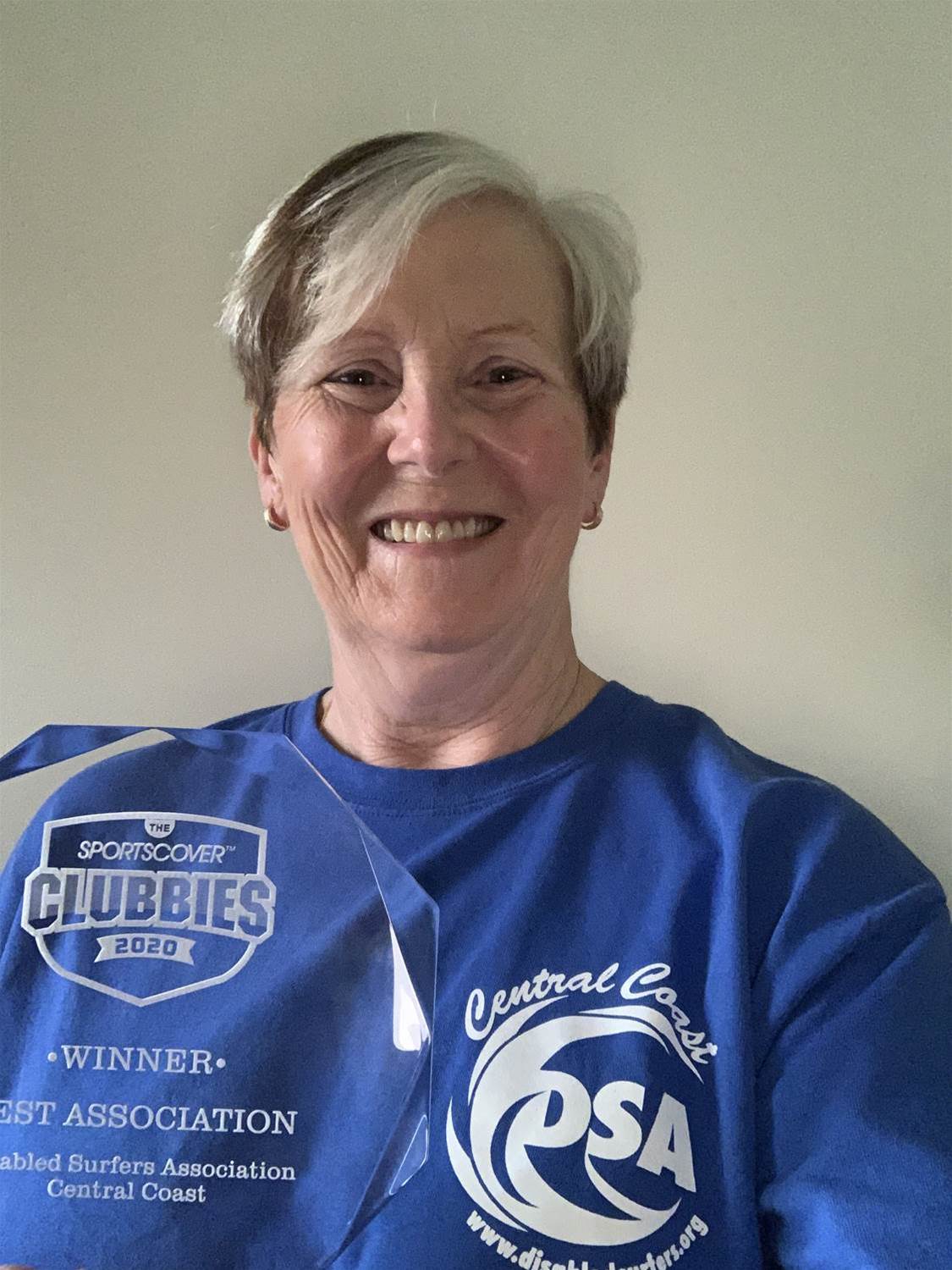 This story is from the Inside Sport magazine.