Move it Aus funding cut: Why investing in community sport is essential

In 2018 the Move It AUS grant program was developed by Sport Australia after the Federal Government committed more than $150 million to drive national sports participation and physical activity initiatives to get more Australian’s moving.

The Sport Australia grants focused on building more active environments, improving the health and wellbeing of older Australians and targeting communities with high levels of inactivity.

Disappointingly after only two years of highly successful and important outcomes funding for the programs has stopped.

This series of Case Studies will highlight the important achievements of NSOs and will stress how essential it is for the funding of these programs to continue.

BA received $1.2 million in funding for this area of the Move It AUS grant program for the period of July 2019 to June 2021.

This period was inclusive of a six month extension due to COVID-19.

BA created a program aimed at increasing the physical activity levels of Australian’s aged 65+ called Roll Back The Clock and aimed to help improve the health and wellbeing of participants.

The program also provides participants with excellent socialisation during and after the sessions.

BA has been able to deliver 130 of the 150-160 Roll Back The Clock programs to date, including rolling out a series of at-home videos so participants can keep moving from home.

The Vermont South Bowling Club saw the opportunity and value in delivering the program to their community.

“It has been very valuable, our numbers have run between 25 and 30 people each week, which shows that people found the value in the program,” Vermont South Life Member Trevor Holland said.

After receiving $250,000 in funding for the period of July 2019 to December 2020, including a six month extension due to COVID-19. The funding helped BA develop its existing initiative Jack Attack and create new Jack Attack offerings Jack Attack Plus and Jack Attack Life. 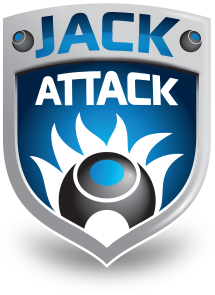 The program grew from having 215 to 270 venues deliver the Jack Attack program during the 18-month funding window, including new venues offering open-gender and female-only programs.

The social, fast-paced format appeals to people opposed to playing the longer formats and providing a more structured competition than barefoot bowls. Jack Attack is now played by new participants in the tens of thousands.

“The program was so well supported by club members who hung around and helped new bowlers get started and help them pick their equipment, the program just grew easily out of the spirit of our members,” said North Perth Bowling Club Jack Attack Coordinator Matt McEwen.

Bowling clubs across Australia in a mix of metro, regional and remote areas were thankful to receive grants under this program. Many of the 43 clubs who received funding were able to increase participation and/or become better hubs for their

community as a result.

The grants ranged from $4,000 to Manning Memorial Bowling Club in West Australia to a $500,000 grant to help build an undercover green at the East Shepparton Bowling Club.

“The facility allows us to play in all weather conditions and other clubs have hired our facility to play night pennant games under cover.” East Shepparton Bowling Club Vice President Dennis Galt said.

For many Clubs the funding helped set them on a course to be more sustainable and many of the projects would never have happened without this support.